You don’t have to search very long to assemble an impressive list of famous African Americans from West Virginia. That list includes people like Booker T. Washington, John Brown (of Harper’s Ferry fame), and Flint’s very own Edith Prunty Spencer.

Edith experienced a different upbringing than many of her counterparts who were born in the 1920s. She attributes that in part to her parents, who were highly respected as educators, and who earned respect by the positive way they treated everyone around them. Segregation was a reality of her life, but opportunities also existed and she made the most of them.

Education was of paramount importance in her family. Her father was the principal of one of the county high schools and her mother was an English teacher. They made sure their children listened to the news every day, along with reading newspapers and magazines. Edith took full advantage of her educational opportunities. She graduated as a member of the National Honor Society and co-valedictorian of her class in 1943. Although she came from mining country in the West Virginia hills where there were few communities and even fewer college graduates, “Miss Edith” (as she was respectfully called after the first semester) earned the respect of her community by graduating from Shaw University in North Carolina. She later earned her Bachelor’s of Library Science and came to work at Flint Public Library in 1951, retiring in 1987 as Head of Adult Services. She was the first black librarian employed at the Library.

Politics and current affairs were always part of Edith’s life, thanks to her upbringing and education. She carried right on as a leader when she came to Flint. She and her husband, J. Merrill Spencer, owned and operated the House of Spencer Mortuary on Lapeer Road. They fought the courts for several years so that blacks could own cemetery plots and bury blacks in white-owned cemeteries. Their suits led to the desegregation of cemeteries in Genesee County and Michigan in 1966. They attended sit-ins, housing demonstrations, and other significant events related to desegregation. Among her many other community roles, Edith was active with the Urban League, the League of Women Voters, the Salvation Army, and Planned Parenthood, as well as the NAACP. She is a member of Alpha Kappa Alpha Sorority, Inc. She has left a gracious yet courageous mark as a leader and community advocate.

The Piper family chose to honor Edith Prunty Spencer for her work at the Library as well as her legacy of community impact. All of the Piper family’s good fortune has come as a result of living in Flint. It is their hope that through this gift, they will give current and future generations of Flint children access to the resources and opportunities they need to thrive.

Members of the Piper family who gave in honor of Edith include: 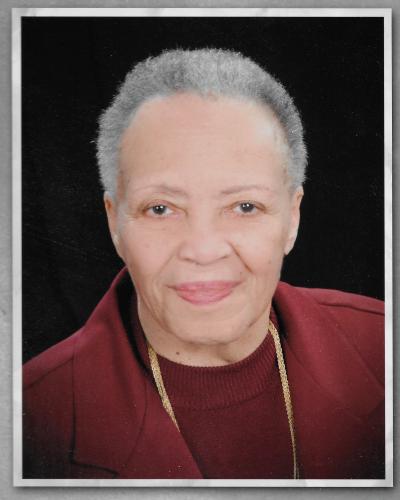