Ruth Rawlings Mott was a mother, a local leader and philanthropist, and an active partner in the community alongside her husband, Charles Stewart Mott. With characteristic generosity, she endowed her namesake foundation with her heart, her home (Applewood), and resources to benefit Flint many years into the future. Her legacy of caring and providing opportunities for others is part of the ongoing work of the Ruth Mott Foundation.

Ruth grew up in El Paso, where her father was a family practice physician serving those in need on both sides of the U.S.-Mexico border. Though some families couldn’t pay on time, or at all, he helped them nonetheless. Ruth’s mother was a kindergarten teacher, businesswoman, and founder of the El Paso YWCA.

Her parents’ care for children and spirit of giving lived on in Ruth. She went east to study physical education and returned home to teach in the late 1920s. She later opened a dance studio where she delighted in teaching children, including those of her friends, and performed with her studio partners. She met Charles Stewart Mott in 1932. The two fell in love and married in 1934. Ruth moved to Applewood, C.S. Mott’s Flint estate, where they raised their three children and nurtured a family legacy of giving and civic participation.

Ruth Mott served as a trustee on the C.S. Mott Foundation board for over 30 years. Known for her warm hospitality, Ruth and C.S. hosted thousands at Applewood over the years. Ever constant was her compassion for others; she loved to see a person bloom.

She established the Ruth Mott Fund in 1975 to further her civic and charitable work in Flint and began to plan for Applewood’s future. It was her desire that the estate eventually be opened to the public as a tribute to C.S. Mott, and she began an ambitious project to restore it to its former glory.

Ruth’s dedication to Flint continues today through the Ruth Mott Foundation, established upon her death in 1999 at the age of 97. The Foundation also maintains Applewood as a place of beauty and learning for the community.

Ruth left a legacy of kindness, hospitality, humility, and inclusivity. She cared deeply about children and their families and believed wholeheartedly in lifelong learning. In tribute to her commitment to the community she loved, the Ruth Mott Foundation was honored to support the Ruth Rawlings Mott Children’s Learning Center. 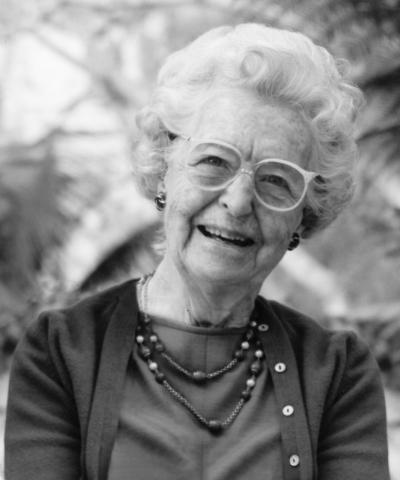