The term “renaissance man” is often used to describe a male who has broad interests and proficiency in a range of subjects.  Regrettably, the English language does not have an equivalent word that would do Dr. Marie Hackley Wright justice. Her boundless capabilities drove her to break barriers and excel in multiple disciplines over her lifetime.

Marie fought two uphill battles to earn her degree as a dentist: being female, and being black.  She came to Flint, married, and sidelined into an alternate career, breaking through the color barrier to become the first African American employee of Flint Public Library.  At the same time, she became the first black social worker employed by the State of Michigan.

While Dr. Wright never worked as a full-time dentist, she did make use of her dentistry degree while living in New Jersey during her husband’s wartime deployment.  When they returned to Flint in 1950, however, there was only enough time and money for one family business. So she put her dental degree aside and focused on building Wright Funeral Home. Her business acumen, paired with tangible excellence and kindness, made her a pillar of the community.

In addition to her professional accomplishments, Dr. Wright was a charter member of Delta Sigma Theta sorority at the University of Michigan.  She also founded a chapter at Fisk University in Nashville and co-founded the Flint Alumnae chapter with Helen B. Harris.

To succeed is to have been the first, and to have been the only.  Dr. Marie Hackley Wright was the Rosa Parks of her time, quietly breaking barriers time after time in a quest to counteract the forces that would degrade and diminish the humanity of people of color.  Black women of Marie’s generation were typically constrained to positions in education and social work.  She shattered those constraints by attaining positions such as Executive Director of the YMCA in East Orange, New Jersey; working as a practicing dentist; and becoming a successful business owner. She was an extremely capable woman who responded to her circumstances with great fortitude and talent.

If Dr. Wright were alive today, she would be heavily involved in Flint Public Library.  She believed, as did so many of her generation, that information is the great equalizer.  It gave her, and countless others, the tools to be the best versions of themselves. Her selfless and altruistic example will be forever cherished. 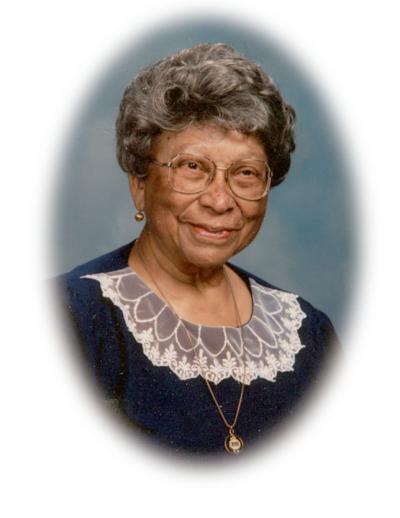