Flint Central Classroom A and B

Master storyteller Walt Disney once noted, “There is more treasure in books than in all the pirate’s loot on Treasure Island.”  He is not alone in that sentiment.  It is no wonder, then, that so many generations of Flint residents have called Flint Public Library a community treasure.

Jim Beaubien, Susan Welsh, and the thousands of students who passed through the halls of Flint Central High School would certainly agree.  The Library sat right across the street from school, a perfectly placed resource for homework, studying, and research.

They would also point out that Flint Central was a treasure in its own right.  It produced a prodigious number of athletes, scholars, and professionals in all fields.  Perhaps more importantly, however, it was a diverse school where students from many different backgrounds came together in harmony.  This inner city school in a sometimes-struggling town gave all students every opportunity to succeed.  And although that success often catapulted the graduates to other places in the world, they left equipped with the resources to achieve their highest goals.

Flint Central moved into its stately home on the south side of Flint Public Library in 1923.  During its heyday, more than 2,000 students filled the halls each year.  Declining enrollment and increasing maintenance needs drove the Board of Education to close the building, and students attended class for the last time on June 11, 2009.  This once-beautiful building has gradually succumbed to the ravages of time, and its future remains uncertain.

Jim and Susan named two Library classrooms that overlook Flint Central to preserve the memory of this historic school. Although now confined to history, may this beloved institution be a continuing source of inspiration.  “On, Flint Central…” 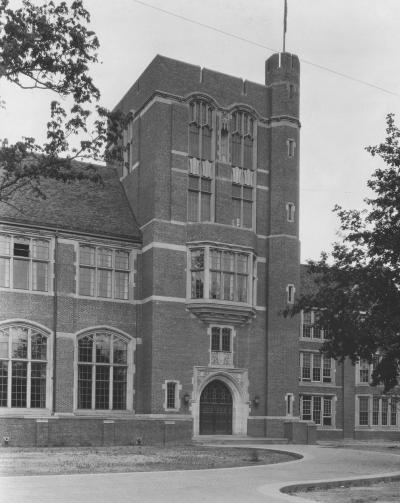