Standing just under 5’ tall, Dolores Ennis was, in the words of those who loved her, a little powerhouse.  The prodigious nature of her personality commanded — and received — both respect and love from all who knew her.

It would be fascinating to see what Dolores could have achieved if she had been born in 1979 instead of 1929.  She possessed boundless talent and exceptional intelligence that was constrained only by what society of the time said a black woman could do.  She was the valedictorian of her high school but was required to share the honor with a white male co-valedictorian.  Dolores chose to become a teacher because education was one area where women of her ability could concentrate and succeed.

And succeed she did.  Dolores was a master teacher, never intimated by anyone or anything.  She was head and shoulders above others; always prepared, always expert.  She had complete command of her classroom and of her material.  She had a way of connecting with her students that elevated them to levels they did not know they could achieve.

It is true, as the saying goes, that you reap what you sow.  Dolores sowed the love of education, of reading, and of her fellow man.  In return, she harvested respect from all who knew her. Students raved about her.  Her colleagues came to her for help and mentorship. The authenticity of her character and her true concern shone through all of her work.  She genuinely cared and everyone knew it.

Dolores encouraged every child she knew to read and to read voraciously.  Reading is a form of education, and education is the great equalizer for black people.  Dolores was not the only person who pounded this lesson into the children in her life.  She just happened to excel at it!

Dolores’ focus on excellence was, in part, a product of her time.  She came from the same generation as Jackie Robinson and Joe Louis; a generation that had to be better than others in whatever they did to prove their equal value.  Her parents instilled in her a sense of responsibility.  When she walked out the door, she was representing her race, and she did so with consistent excellence.

It is fitting that a room overlooking Central High School is named for Dolores. She spent much of her life teaching there, and her spirit will keep an eye on things into the future. 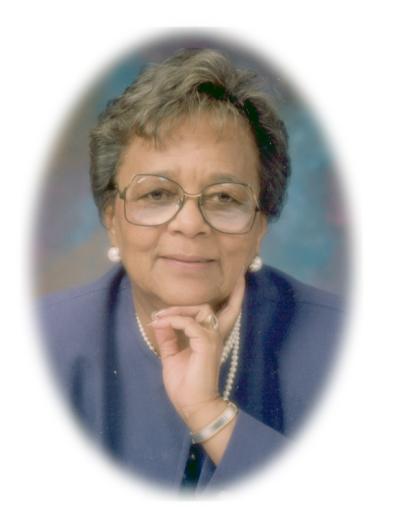